The Biggest Cars and Coffee Event in the World

Looking for The Biggest Cars and Coffee Event in the World?  We believe we’ve found the answer and not surprisingly, it’s right here in Southern California.

“Cars and Coffee.” It’s a label attached to probably hundreds of weekend car gatherings throughout the United States, and under similar names, in many foreign countries. Have you ever wondered which of these is truly The Biggest Cars and Coffee Event in the World?

Held every Saturday morning, from 9:00AM to 11:00AM, the organizers have exclusive permission to host the event in the parking areas of the Outlet Mall in San Clemente, California. Dubbed “South OC Cars and Coffee,” the event draws 3000+ cars and about 4500 people on average.

Where do they put all of these cars? Answer: anywhere they can. The property is huge. The parking area at the Outlet Mall is nearly half a mile by 1/4 mile with another section underground that 250 yards long and 150 yards deep.

I had a chance to speak with Simon Wehr, my contact at the event, to get a better understanding of the event’s origins. “The current iteration of South OC Cars and Coffee started in 2017,” he said. “We did a smaller version at Target San Clemente in 2015.  James (his son) and I approached Outlets and San Clemente and told them we wanted to start the event, so we presented our plan and they were very supportive.” 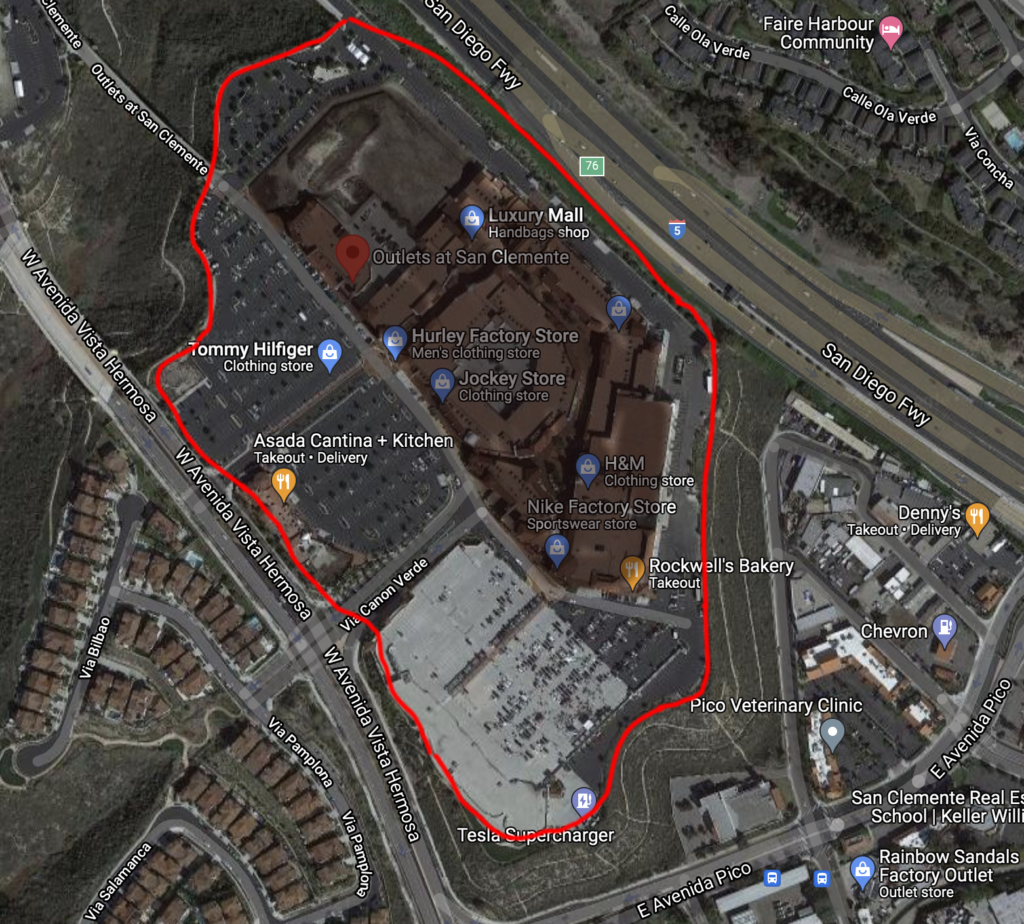 It should be no surprise that with so many participants, the variety is unrivaled.  On any given Saturday, there will be $75 million dollars worth European exotics, including Paganis, Ferraris, Koenigseggs, McLarens, Lamborghinis and maybe even a Rimac Nevera or two, along with countless Porsches of every vintage.

What’s that, you say? You like classic muscle cars? You’re in luck. Count on 100+ fine examples…on. a slow day. Fully restored cars, project cars, restomods, numbers matching cars– you can find them here. 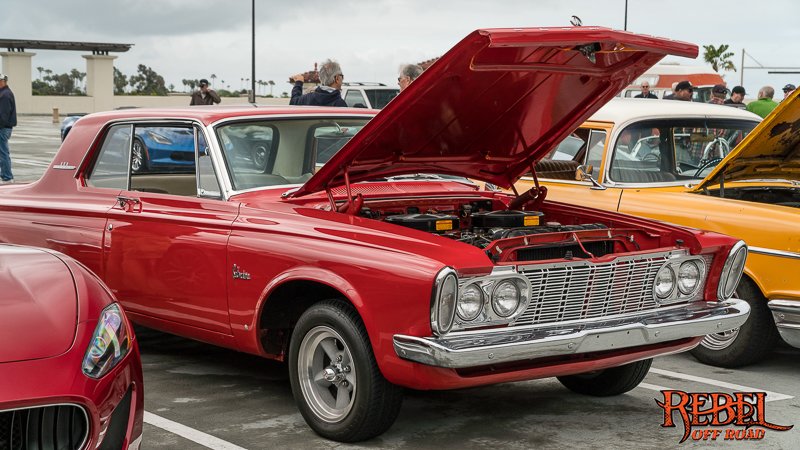 What about Hot Rods, you ask?

Of course, I probably spend too much time looking at vintage Boyd Coddington wheels that I find on cars, but I still manage to look at almost every car, every week.

What has impressed me is how well everyone gets along. 20 years ago, guys with Japanese cars of BMWs never pulled into a Fuddruckers, or at  Ricky and Ronnie’s in Long Beach.

At South OC Cars and Coffee, people of all ages and backgrounds come together on common ground — our love for all things automotive.

It’s not unusual for kids in their late teens or early 20’s to strike up a conversation with a septuagenarian about their cars. 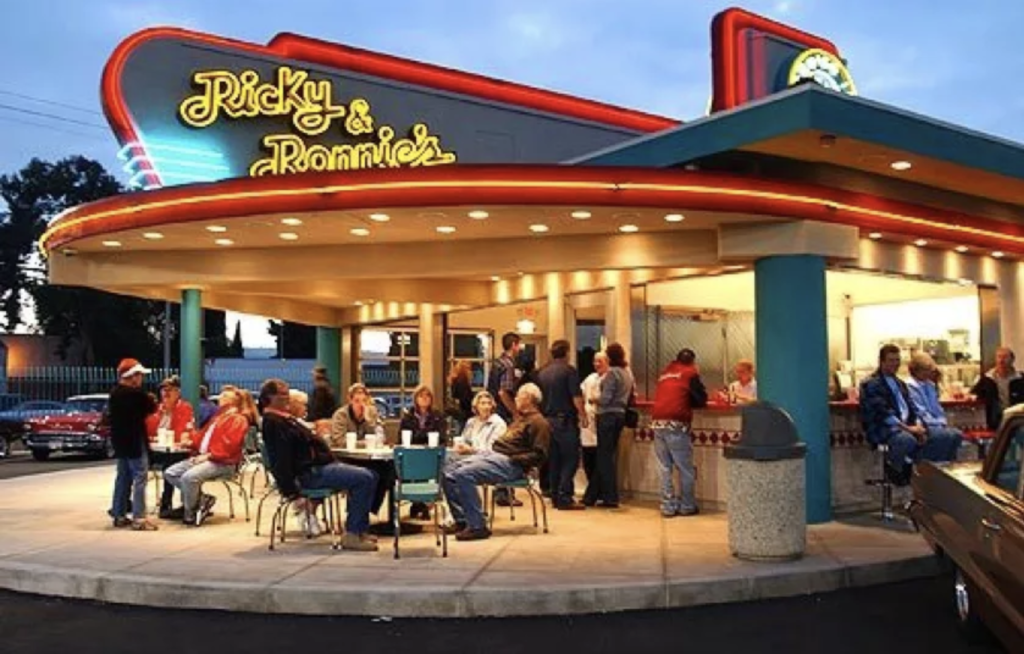 The event is run by Simon Wehr, a no-nonsense, Australian-born entrepreneur, and automotive aficionado. When I asked about his origins and experience with events, he replied “I was a professional DJ and I also ran some night clubs … the largest would put up to 6500 people through the door on a big night. I wasn’t a bouncer, but as the manager, I would get amongst it if anything went down. I also worked in the record industry for a number of years, as well as managing bands … All of these things gave me a good understanding of what it means to provide entertainment for people, and how to get them to know about it and engage.”

His own car, a late model supercharged Camaro, occupies parking spot No. 1 at each event. He doesn’t run the event alone, of course. “It’s a family affair,” he says.

“My son James is the co-founder … he runs the show alongside me and manages our Instagram page. My wife Sarah manages the merchandise and volunteers, as well as our Facebook page. Our daughter Sophie works on the merch table when she is home from college. I run the show also, shoot and edit the car of the week and weekly tour videos and manage the website and Youtube. Most people probably think that we just put those few hours in on a Saturday, however, we get there just after 6am to set things up, and we don’t leave until around 11:30am.

Then we go home and edit videos and photos, update the website and youtube … then there are the hours that go into keeping Instagram and Facebook up to date, responding to comments and replying to messages. Add the apparel into the mix, including ordering inventory, designing the artwork, dropping off and picking up stock, loading it on our point of sale software and website, creating volunteer rosters and pretty soon you can see that we all put a lot of hours into the show. , along with a roster of loyal volunteers who help corral 3,000 cars into the available spaces.”

Cars are told to show up no earlier than about 8:15  and the show parking areas are closed off until exactly 8:30AM — and don’t open a millisecond before 8:30.

The volunteers act as shepherds, herding thousands of happy show-goers into the lots.  What seems at first like chaos, is really more like a controlled stampede — organized and funneling drivers into several access points until everyone’s parked and happy.

The process can take as long as an hour before all the cars have found spots.

As you can imagine, keeping show-goers under control presents a special set of challenges, not the least of which is ensuring that there’s no revving, no burnouts, and no one doing donuts in the parking lot. Vigilance is important to maintain community support.

Bad behavior from show-goers at other events got several similar events shut down permanently.  In the last 15 years,  here in Orange County, we lost the Cars and Coffee event at Crystal Cove in Newport Beach, then its successor in Irvine at the Ford/Mazda Campus was shut down, and then the replacement event in Aliso Viejo got shut down.

Burnouts, speeding, revving, driving at high speed on local streets annoyed residents. Complaints were lodged and all of those events died. Orange County went several years before another event popped up.

Because of this, Wehr strictly enforces a zero-tolerance policy banning such activity. “We take the behavior of our attendees extremely seriously; we have several signs saying “no revving speeding, burnouts” and “please leave slowly and quietly”, we have over 30 volunteers rostered on each week controlling the crowds and we name and shame offenders on social media and ban them from attending future events. We also do regular live feeds on social media reminding our followers of the rules and the consequences if they fail to adhere to them. We also work closely with The Outlets security team, the city and the local Sheriff.”

Wehr understands that neighboring residents live in very expensive housing, much of which is situated just yards from the picturesque shoreline of San Clemente’s beaches. The last thing these people want to hear early Saturday morning is a straight piped Hemi bouncing off the rev limiter.

Wehr’s team has been specially authorized by the property owner of the Outlet Mall to permanently ban offenders of the policies from the property. He does it with style, too. Pictures of the offender’s cars are posted on South OC Cars and Coffee’s social media accounts, essentially giving public notice that another offender is no longer welcome, and with a Sheriff’s substation located inside the Mall, show-goers who get perma-banned would be well advised to go quietly.

The event has support from sponsors and industry icons. “We have several excellent sponsors at the moment, and they are greatly appreciated,” says Wehr. “They help to put on the event, as well as giving us a little something for the time that we put into the show. It also helps us donate to charities, like when we have Chip Foose’s Amy’s Depot event, or Toys for Marines.” 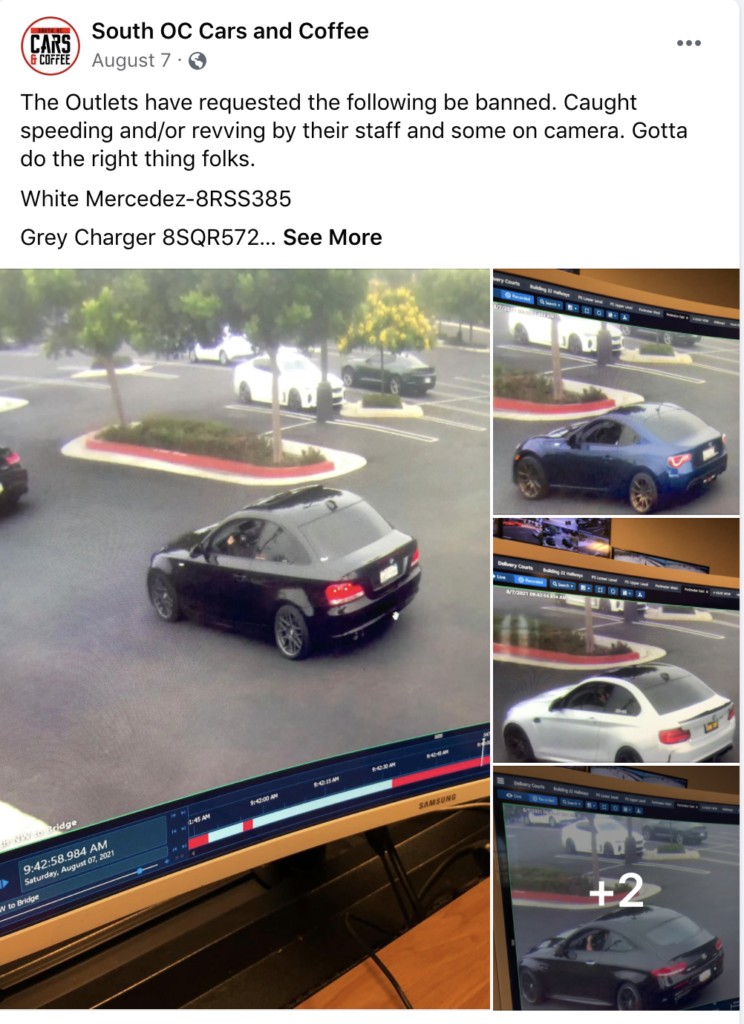 Wehr notes that the local residents have been patient and they appreciate that the show cannot be held responsible for what people do once they leave the show. To do this, Wehr has a team of volunteers posted throughout the event as well as at every entrance and at every exit from the property. If someone speeds off out of the parking lot, the car is photographed and banned from coming back. 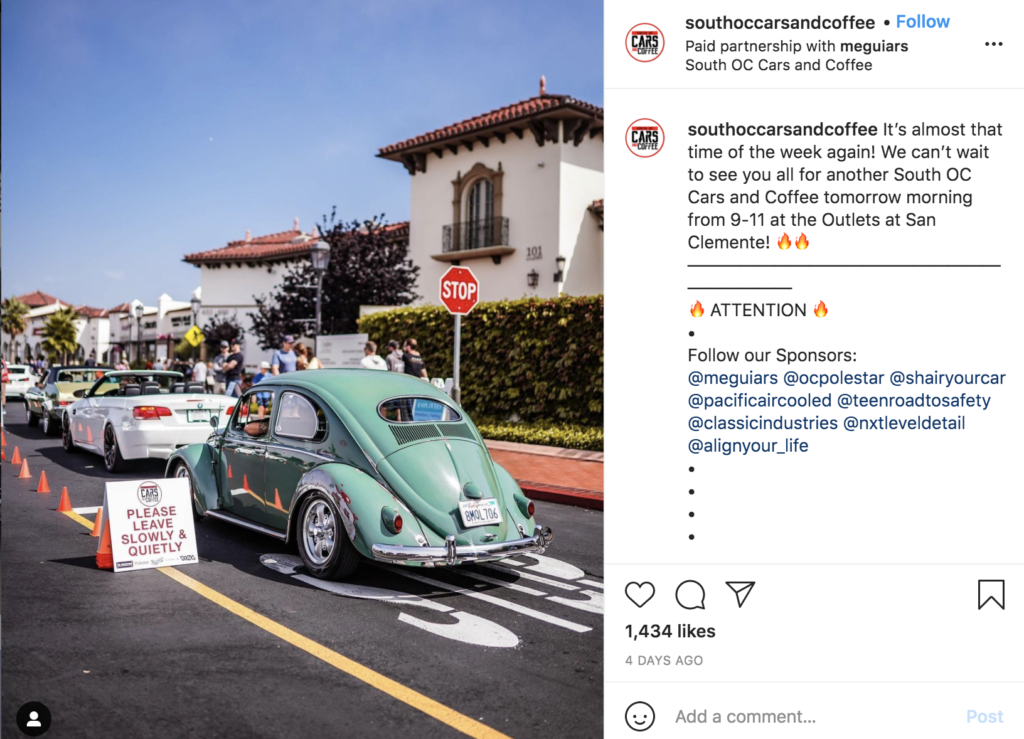 Participants are well aware of the rules, thanks to Wehr’s team who mingle with the crowd every week. Shaming offenders on social media seems to help keep would-be violators in check.

Infrequent violators aside, the event is open to all — there’s no fee to park, show or spectate. It’s a very family-friendly event, with many people bring their toddlers and even their fur babies (on a leash of course).

There’s a Ruby’s Diner on the property and a Starbuck’s as well as several other restaurants, a few of which are open early for breakfast.

Of course, the Outlet stores attract the whole family to the event. It’s not uncommon to see a family attend the car show in the morning, then catch a bite to eat, followed by a little shopping. There’s something for everyone.

As a lifelong resident of Southern California, and someone who has attended hundreds of car shows all over the USA and in Europe, I can tell you that South OC Cars and Coffee is the biggest weekly car show in the world and it is by far the most extravagant in terms of cars you’ll see.

If you ever find yourself in Southern California on a weekend, this is a must-see event, especially if you’re a car lover.

Every Saturday from 9am to 11am at Outlets at San Clemente
101 W Avenida Vista Hermosa
San Clemente, CALIFORNIA USA

Strictly no entry before 8.30am!