Rat Rods – What are they?

The phrase is a spin-off of the term”rat bike,” referring to custom motorcycles built on the cheap. The late Gray Baskerville, a venerated hot rod writer, is said to have been the first to apply the word to hot rods.

When Did Rat Rods First Appear?

The earliest hot rods were homebuilt. They were rough, low-budget, and, like rat rods, sneered at by other automotive enthusiasts. The difference is that those cars weren’t intentionally built to be fast; many rat rods seem to be purpose built to get a reaction.

David Freiburger places the birth of the modern rat rod trend at about 25 years ago. The popular trend at the time was high-end, high-tech rods with smoothed sheet metal, modern drivetrains, modern chassis, modern interiors, and tons of billet. Critics of this style objected to the fact that these cars obliterated everything that identified their heritage. The reaction was the resurgence of traditional style hot rods—the extreme wing of that reaction was rat rods.

Scotty Gosson, author of the book Rat Rods: Rodding’s Imperfect Stepchildren, said, ” As a response to the high-dollar billet-based street rod trend, budget-limited home-based rod builders looked to the past for inspiration and style, and rat rods were the result. These ‘imperfectly fine’ rods rarely sport paint jobs of any kind, and their owners aren’t scared to drive them. They represent a rebellious attitude, but never take anything too seriously either.”

Esteemed hot rod journalist, author, and historian Pat Ganahl looks at the rat rod trend positively, telling HOT ROD in 2010, “These are rods and customs built the way Ed Roth painted them on sweatshirts. They’re artistic, fun, and sensational reinterpretations of late ’40s/early ’50s hot rodding as a culture that includes music, clothing, hairstyles, and tattoos. The cars are low, loud, chopped, unpainted (or scalloped, flamed, or lettered), with giant rear tires, lots of carburetors, open pipes, and tall gearshifts. The customs can have slit windows and scrape the ground. Few cars in the ’50s looked like this, but today they can, in countless creative and fun ways.”

Does Traditional Styling Make It A Rat Rod?

Some are, some aren’t. The downside of rat rods—and the reason the term is often used derogatorily—is that it doesn’t take a lot of skill to build a rod from assorted parts without making any repairs or paying attention to things like proper engineering and safety. Not every rat rod was built that way, but many were, which led to a bad reputation for any vintage hot rod with patina’d paint or worn-out seats. 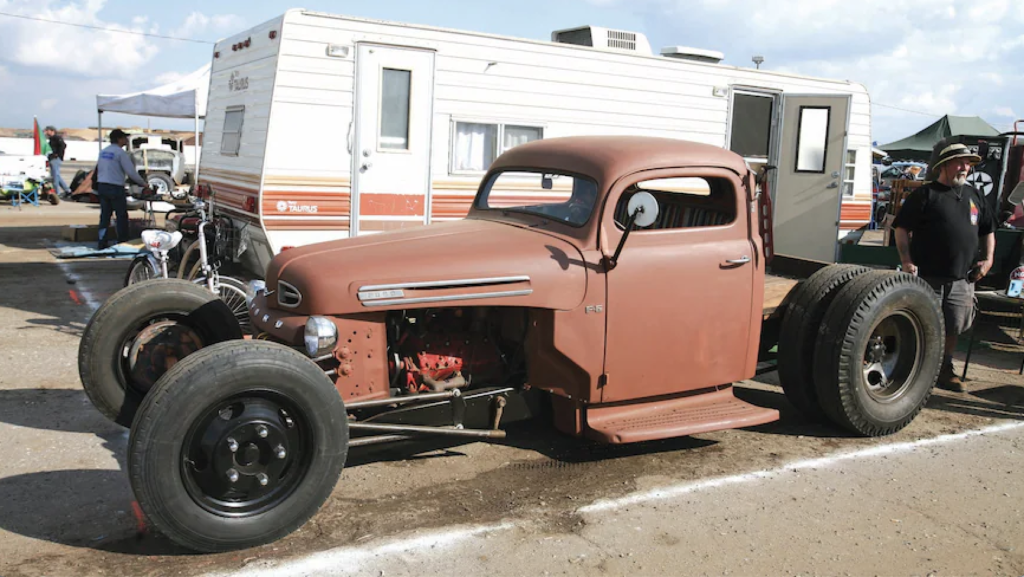 Does Patina And/Or Flat Paint Make It A Rat Rod?

Worn paint or a primered finish is one characteristic of rat rods, but that by itself doesn’t automatically make a hot rod a rat rod.

What Isn’t A Rat Rod?

Ed Iskenderian’s famous 1924 Ford Model T roadster is one of those very early hot rods we were telling you about. In this photo from the late ’30s, the roadster is running a Rajo engine, and the front frame horns haven’t been cut off yet. If you had told that kid that his car would end up in the Wally Parks NHRA Motorsports Museum, he’d probably say, “Never heard of it.”

Another survivor from the ’40s, this 1929 Ford Model A roadster was purchased by a returning World War II soldier who took the car home to Texas and hot rodded it. After being neglected for decades, the “Waco Kid” was sold to an Austin hot rodder, who kept it in preserved condition.