People of my age grew up in the heyday of muscle cars – the 1970s. Back in 1980,  you’d find any number of muscle cars —  Camaros, Firebirds, Mustangs, Chevelles, El Caminos, and a wide assortment of Mopars in my high school parking lot.

Some were a bit rough around the edges, but almost all of them had been hot-rodded in some way. The usual m 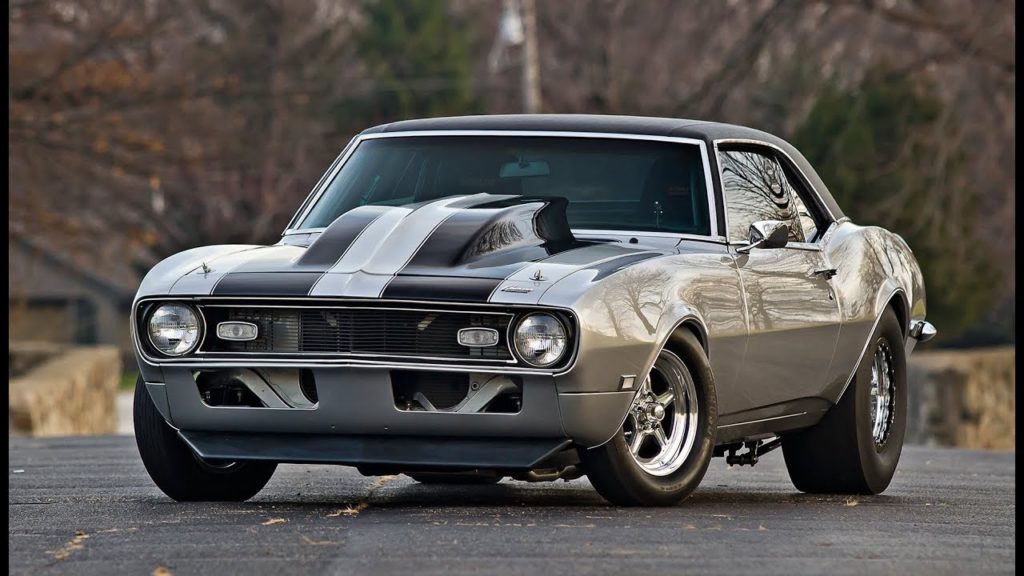 It’s no secret that the world is moving towards electric cars, despite the deficiencies in the electric grid in most countries. California for example, with its 40 million residents, and 18 million cars on the road, was resorting to rolling blackouts as recently as July 2021.

State-run social media posts advised residents to NOT charge their electric cars when they get home from their afternoon commute. What? California has been mismanaging its power resources for years. Moving away from nuclear power has not helped. Poor management of water storage and hydroelectric power has made things worse.

Not to mention that the world has no solution for recycling the various types of batteries in electric cars.

Thousands of cylindrical cells with components sourced from around the world transform lithium and electrons into enough energy to propel the car hundreds of kilometers, again and again, without tailpipe emissions. But when the battery comes to the end of its life, its green benefits fade. If it ends up in a landfill, its cells can release problematic toxins, including heavy metals. And recycling the battery can be a hazardous business, warns materials scientist Dana Thompson of the University of Leicester. Cut too deep into a Tesla cell, or in the wrong place, and it can short-circuit, combust, and release toxic fumes.

So as the world rushes to condemn and ban the use of internal combustion engines, no one really has a solution to these problems.

The End of the Internal Combustion Engine

The European Union is set to become the largest economic bloc in the world to completely ban the sale of combustion engine cars by 2035, prompting industry criticism that Brussels is picking winners by intervening in the free market.

On July 14, 2021, the European Union proposed an effective ban on the sale of new petrol and diesel cars from 2035, aiming to speed up the switch to zero-emission electric vehicles (EVs) as part of a broad package of measures to combat global warming.

The EU executive, the European Commission, proposed a 55% cut in CO2 emissions from cars by 2030 versus 2021 levels, much higher than the existing target of a 37.5% reduction by then.

It also proposed a 100% cut in CO2 emissions by 2035, which would make it impossible to sell new fossil fuel-powered vehicles in the 27-country bloc.

As the world goes, the USA will need to follow. The USA is moving to do the same by 2035, despite the fact that only 5% of the cars on our roads are electric and I would like to add, that the politicians voting these laws into place still enjoy their private use of large SUVS and non-electric cars.

In late September 2020, California governor Gavin Newsom announced that the state will phase out the sale of new gasoline and diesel-powered cars to reduce California’s demand for fossil fuels—the first policy of this kind in the US. The executive order requires that all new cars and passenger trucks sold in California be zero emissions vehicles (ZEVs) by 2035. Plug-in hybrid EVs (PHEVs) are included under current ZEV mandate definitions, but what the exact 2035 regulation will include in terms of powertrains is not yet clear.

When we’re talking about old hot rods, whether we really mean 1960s muscle cars, street rods, or new hot rods, like new Mustangs, Dodge Hellcats, and the like, we should expect different developments in each segment.

It will undoubtedly get harder to build an old muscle car as hot rod companies start to scale back production and eventually die off. Exhaust companies, carburetor companies, and cylinder head companies won’t last forever, after all.

Cars like the last model Hellcats, ZL1 Camaros, Mustangs, and their ilk will be supported by their respective manufacturers for at least a couple more decades, but with increasing regulations on modifying cars and California’s draconian methods of enforcement of modifications, the market will continue to shrink.

Within two decades, it’s probably safe to say those true hot rods will be not only classics, but will be generally restricted to limited use either out of necessity or through legislation.

Back in the 1980s, as smog-abated cars had killed the great muscle cars, I remember my father pontificating that we had seen the golden age of muscle cars pass us by.

Frankly, I think we’re living in the true Golden Age right now. I’m troubled by the thought that my unborn grandkids might never hear the roar of a V8 engine, no matter what the brand.

When we talk about Electric Cars & The End of Hot Rodding, we recognize that the environment is important to the future of our planet. Still, with many aspects of the transition undecided and unclear, we predict a difficult transition.

This is especially true because gross polluters like China and India have made little to no progress towards reducing pollution.